For those of you unfamiliar with this group I briefly introduced them to you during the first Battle of the Most Dramatic Music Videos by featuring their mv Love Ya. SS501 ( pronounced Double S 501. SS stands for Superstar Singer 501 Five members united as one forever) is my all time favorite South Korean boy group. They were the first K-Pop group I had ever heard of and I miss them soooo much! They formed back in 2005 and were super successful and had really crazy reality shows that involved supernatural mystery cases and stalkers. If you peep their older videos like Unlock they were totally Anime pre plastic surgery looking ^_^ They seriously have to be the nicest group of guys everrrrr. They always treated their fans with such love and respect. If their fans were waiting outside in the cold too long they would argue with their management team to let everyone in the concert arena. They always bought all their fans hot tea and there were many occasions during concerts where they would just stand and talk to their fans and break down into tears after expressing how grateful they were.

Currently all the members belong to different management companies, however each one has SS501 activities written into their contracts and they will be making a comeback!!! So who are the members of SS501?! Well the group is made up of 5 guys; Leader Kim Hyun Joong, Park Jung Min, Heo Young Saeng, Kim Kyu Jong and Maknae Kim Hyung Jun. Notice anything weird? Yes both Kim Hyun Joong and Kim Hyung Jun have verrrrry similar names! If you ever notice when us Kim Hyun Joong fans talk about him we refer to him as “Leader” that is the reason. Because their names are so similar Triple S fans (Superstar Singer Supporters) refer to them as “Leader” and “Baby”.

Read the article at the new BWLB site here! 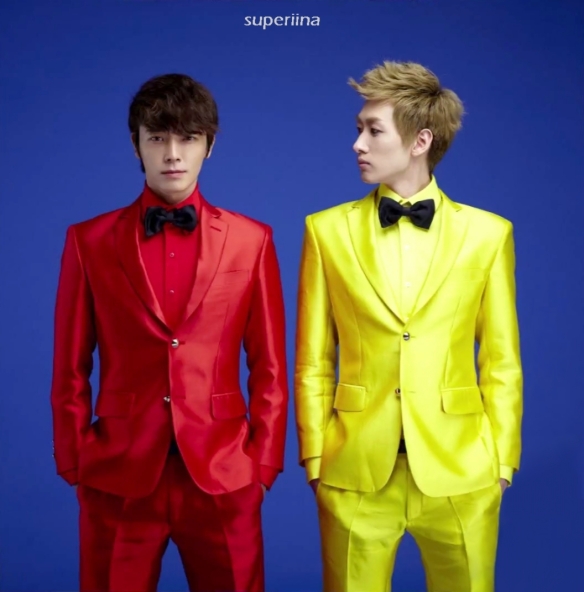 This is the first installment of the “Super Junior Series”. Over the next few weeks BOAB and I will both be introducing you all to the members and activities of Super Junior because we love them! I’m gonna lead off the series with Eunhyuk and Donghae because right now I’m currently addicted to their new single “Oppa, Oppa”.

In SuJu I have 3 bias and they are Kim Heechul, Leeteuk and Eunhyuk. I absolutely 100% love Eunhyuk. I think he is totally adorable, super sweet and he’s funny too. What I love about him is his balance of nerdy and sexy. It really annoys me how he’s said to be the most unattractive member of Super Junior…UMMM Who exactly are they lookin at cuz its def not my Eunhyuk! I can think TWO yes TWO other SuJu members that fit the bill as the most unattractive -_- You know he was even told not to smile and if he does smile cover it up because it makes him ugly. Apparently someone is off their meds because Eunhyuks smile is super adorable and so is his nose. Anywayz Eunhyuk not only sings but he’s one of SuJu’s main rappers and dancers. He is super sexy when he dances and I will even go as far as saying he’s better than Lee Taemin. If you want to challenge my assessment fine, but head to Youtube and school yourself on his skills before talkin smack ^_^ He’s hosted a number of programs, He’s best friends with JYJ’s Junsu and he’s also a member of Super Juniors sub groups M, T, and Happy.

Donghae has to be the coolest SuJu member; he’s suave, he’s got attitude and he looks amazing in a suit. Whether he’s raising one brow and gripping a random rope around his neck (Mr. Simple MV) or holding a glowing flower while flexing his amazing arms (Bonamana MV) he’s always sexy. I still to this day cant figure out his personality but what I do know is he’s extremely talented. Not only a singer or one of SuJu’s main dancers, he’s also a songwriter and actor. He’s composed songs with One Way’s chance, acted in the dramas ‘Its ok Daddy’s girl’ and ‘Skip Beat’ and is the brand ambassador for Maxim Contact Lenses (randommm). He belongs to SuJu’s subgroup M and a funny side note; he, SHINee’s Jonghyun and F(x)’s Amber are known as the “Dino Family” for their striking resemblance not only to each other but to dinosaurs.

Both Eunhyuk and Donghae are actually best friends and together they released the single ‘Oppa, Oppa’. It’s a fun disco infused song that gets repeated a million times while I’m working out ^_^ Make sure to peep not only SuJu’s Soul Train line battle between Yesung and Ryeowook but also the random black chick the camera focuses on in the audience. Seriously I was shocked! 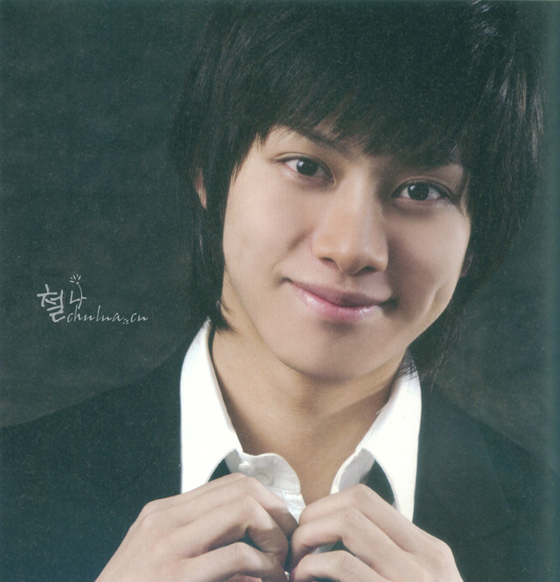 Annnnd we’re back! Perfect timing because today is Halloween and I have a special surprise for all you ghouls and goblins out there! Today is MY BIRTHDAY! Thats right yours truly is celebrating her 20-ISH birthday today and to celebrate with all of you I’ve decided to take my selfishness to another level and indulge in MY favorite guys through out the week ^_^

I’m kicking it off with my personality twin,my other half, my favorite SuJu member, my oppa…KIM HEECHUL! 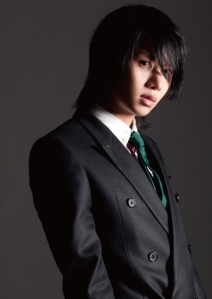 Oh, why him you ask? Well for one thing look at him; hes beautiful. Dimples, pouted lips, pretty eyes, cant you all see the trend with me and my guys by now? The ones who can usually be mistaken for girls are the ones I like the most. Anywayz besides that, there are other reasons I adore oppa. For one hes totally off the wall and honest. I love that hes moody and REAL. If hes having a bad day no matter if hes doing some type of interview, if hes not in a good mood its obvious. He doesnt suck up to anyone, he teases everyone and I love those moments where he looks at people like “ok I’m over this conversation and your face so lets move on already”. I like how he knows hes good looking and just straight out says that he is. In fact I was watching ‘Happy Together’ and

he was sitting there with a hand mirror beside him. Every so often he would check himself out and then give the camera that ultra adorable pervy look hes so known for. From what I can tell his personality seems extremely similar to mine; in fact his favorite color is pink and so is mine (fan girl moment) so that proves everything. Oh! and he’ll be done with his military duties around the time I move to S. Korea so I’ll just take that as my birthday present ^_^

Get to know Heechul by watching this video!

That is the question. Now, before I go any further, I just want to say that since this post discusses race, some feelings may be hurt and some people may be offended. That is not my intent. But rather, I will simply examine if I should expend energy on this incident that occurred a few days ago.

To be pissed?
You can bet your bottom dollar! Knee-jerk reaction is to go off! How incredibly insensitive! Boom can be such a tool sometimes. He looks like a straight up idiot with some of the things he’s had to do in shows he’s hosted. And although it seems that Super Junior should know better: how much creative control do they really have? Are they puppets too, that just comply with whatever the show directors and writers demand? Maybe someone who knows them better can answer this.

Frankly, I’m quite exhausted from getting angry at people who make stupid, ignorant comments or actions. I’m just tired. But when I saw Boom’s impersonation, I just got upset. What makes it worse is that this certainly is not the first time that Korean stars have been caught up in performing blackface to impersonate real Black people or Black people in general (I will not include any examples as it only feeds my frustration). Do they have any idea of the history of blackface?

This makes me think back to when I visited Tokyo for the first time, and while looking around in a gift shop, I noticed a blackface mask hanging right along with other masks. My immediate impulse was to go to the store owner and say, “excuse me, sir. I find that mask extremely offensive. Take it down!” Although I didn’t do that, I still couldn’t believe my eyes. I also couldn’t believe that this ignorance was so far-reaching. It was a real eye-opener. I wondered if that’s what Japanese people saw when they looked at me.

Not to be pissed?
Let me ask you all this question: would there have been a right way for Boom to have done the Stevie impersonation? Or should he not have touched it at all? Once again, I think Boom is used as a tool sometimes and does what he’s asked (afterall, he just got out of the army and I’m sure he’s fiendin’ for a job).

Back to the mask incident. I thought better of screaming at the shop owner to take the mask down. I was in Japan. Japan One of the most homogenous countries in the world! Sensitivity to diversity is probably not at the top of Japan’s foreign policy. Isn’t it the same case with South Korea? What they need is sensitivity to diversity training 🙂 Any thoughts on how we can give it to them?

I really have to remind myself. Before I became so familiar with Japanese people and culture, I didn’t know them from Koreans, or Chinese, and didn’t care. I couldn’t imagine dating an Asian guy because they seemed so different, so….alien. My thoughts back in the day (literally): “They’re too short”, “They eat cats”, “It’s so annoying that they can’t distinguish rs from ls”, etc. SERIOUSLY. I was straight-up ignorant. I didn’t hate them. I just knew nothing about them. So when K-pop stars make seemingly malicious comments about my people, or do they things that are offensive, the only thing that goes through my mind is that they are terribly underexposed and are in serious need of exposure to diversity. Not just black people, but to everyone! Once you travel the world and meet the many diverse peoples in it, it’s really hard to continually be ignorant, methinks. There are probably no black people in their surroundings, and so have no other frame of reference than what they’ve seen on tv or in music videos (dear Lord). So, to Boom, SUJU, Taeyeon, Seungri, and whoever else (K-pop star or not) is a bit confused about black people: do your research. Find out about the people who you so sorely want to imitate but don’t want to be. Know that you have fans who are black, and those people love you and defend you despite the insensitive things that you say and do. Educate yourself. We’re not mad atcha. But we are disappointed. You guys are the popular culture leaders of your generation. You have alot more power than you may think you have. Use it.

So..I guess I’ve chosen to not be pissed about this one. Moving on…